When is it worth it to itemize taxes

Starting in 2018 until 2023. So you want to know the difference here because it could save you big-time on your tax return

All right, the general rule is you want to add up your itemized deductions and compare them against your standard deduction which everyone's greater

That's the one you want to take. Now, you're gonna find out pretty quickly that my item i's deductions, aren't that great

Now the rules are now in

$24,000 if you're married finally joint now, that's where you're gonna fall on the standard deduction

You want to track the first one is medical

Now what medicals could include is all of your out-of-pocket medical expenses? Not your medical insurance?

acupuncture massage there tons of stuff

You want to keep it over to IRS Publication 502?

So for example, if you make a hundred thousand dollars adjusted gross income

You've minus seven point five percent. So seventy five hundred and anything above that would be a deductible medical expense

I know it's kind of crappy

I'm not a big fan for my business owner videos, you know, I love the HSA and the HRA watch those videos

But that's the medical expense

You want to add that up anything over seven and a half percent of your AGI?

Number two home mortgage interest. Now this one got a little more complicated as well

And I've got a separate YouTube video on home mortgage interest

resident mortgage only and in fact, its

Acquisition indebtedness. You cannot write off the HELOC interest. You can't write off interest the second home or the RV or the boat

It's only interest on your primary home

Acquisition and deadness. So if you got a HELOC to remodel the kitchen doesn't matter it's only the interest on the acquisition indebtedness

so it's kind of crappy and it's limited to

Seven hundred and fifty thousand dollars of mortgages. So or one mortgage, I know it gets crazy. So not everybody out there has a

$750,000 mortgage so it's not gonna affect you properly and that's okay

Army get a receipt. The first five hundred dollars are easy schmoozing

Or you write a big check to the United Way

then you need a receipt and there's more forms involved, but you want to add up all your

This was also changed. It was actually increased so you could give up to 60% of your AGI

So while they made a bigger standard deduction, they hammered these itemized deductions in a lot of ways

Cause some damage or a tree fell on your house from next door, whatever that went into this bucket

Well, that deduction is now gone. The only deduction you can take is if the federal government

So talk to your accountant if that's the case now

Did this is a big one that got again gutted under the tax cuts and Jobs Act. It's affecting a lot of people

Basically, you were able to deduct all of your state and local taxes, maybe your property taxes or the taxes

You paid your state which was great. Well now it's limited in total to a maximum amount of ten thousand dollars

so if you were in

Now those are the big five, but I'm not gonna mention the miscellaneous itemized deduction

Which was greater than two percent of your AGI kind of thing. It's gone entirely which was unreimbursed employee

Education resources on my site. Please continue to follow these strategies

It's awesome weekly updates and deadlines and strategies and tips

Also subscribe to my You Tube channel, you'll love it and make sure to click the bell icon. So you get a little ping 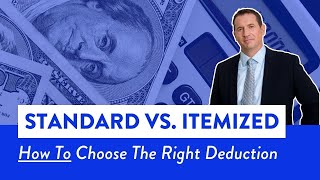 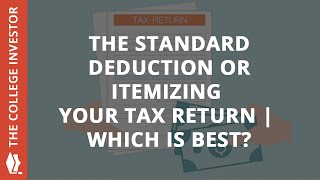 The Standard Deduction vs. Itemizing Your Tax Return | Which Is Best? 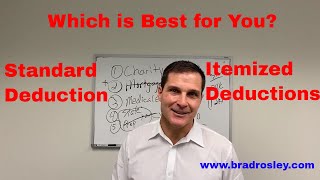 Standard Deduction vs. Itemizing in 2020 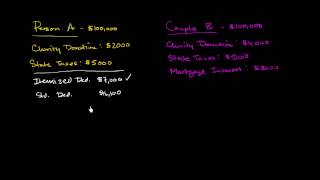 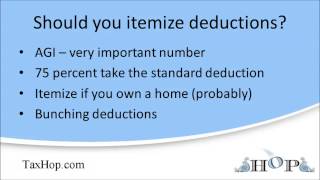 Should you itemize deductions?

How to Itemize Your Tax Deductions 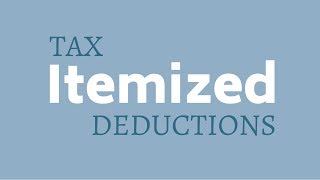 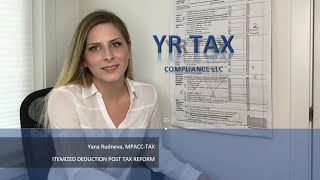 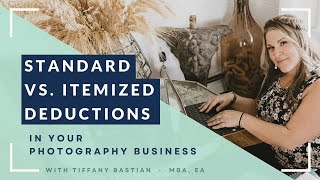