When is it worth buying a diesel car

Why Not to Buy a Diesel Car (Diesel vs Gasoline Engine)

rev up your engines!

today I'm going to talk about diesel versus gasoline engines in your car, now

in the United States, diesel engines generally have been used with big diesel

trucks for quite a few reasons, they put on a tremendous amount of torque, so

they're great for pulling things and when they're added with the turbocharger,

it's got even more torque for pulling things cross-country, up mountains, and

for carrying really heavy loads, like tons of cement, they're made for hauling

stuff, as an example, I once rented a u-haul truck for moving stuff, it was a

gasoline truck and it used tons of gasoline, on a 30-mile trip it used

almost 10 gallons of gasoline, so the next time I rented a diesel truck and

the same trip only used about three gallons of gasoline, they're much more

fuel efficient when they're carrying heavy loads, and quite a few of my

customers have diesel pickup trucks, because they do a lot of towing and

hauling and it works better for them, now diesel engines have much more pressure

inside them, often more than twice than a gasoline engine,

so they cost more money to make and they're more heavier, so it does take

more energy to move themselves along, and since they don't have spark plugs,

they don't need an ignition system, they're simpler to maintain but when

they do break down, they can often cost a small fortune to repair, and with the

if you maintain them, generally lasts just as long as a diesel engine does,

now I've been working on cars of trucks for the last 50 years, and decades ago,

the customers of mine that actually had diesel cars, did so for two main reasons,

one, they got much better fuel economy than the gasoline engines got, and two, the

diesel fuel costs a lot less than the gasoline used to, but time marches on,

I just priced it out here in Houston, and a gallon of regular gasoline was two

dollars and 37 cents, where a gallon of diesel was three dollars and three cents,

the price difference has more to do with capitalism than anything else, when you get

a barrel of crude oil you can get 20 gallons of gasoline out of it, but only

11 of diesel, since there is less diesel, they say it's more of a rare

commodity and they charge more for it, now when I was a kid, diesel was a lot

cheaper, diesel is cheaper to refine than, gasoline it's a lower grade product, but

even then they're charging more for it now, and as modern gasoline cars get more

they can get just about the same fuel mileage as a diesel car can, and one big

difference between gasoline and diesel are, the gasoline cars put on a lot less

pollution, because diesel engines don't have an ignition system, they use higher

compression pressures inside, to self ignite the diesel fuel, so there's always

some type of incomplete combustion, and they throw out more pollutants, now as

you can see in this picture, there are ways to decrease the pollution coming

out of Diesel's, they use diesel particular filters, then they use a

complicated, gives it more maintenance, and I've seen these systems clog up and

cause all kinds of problems, so when you take all this into consideration, it's no

States are diesel vehicles, so now you know a little bit more about diesel

versus gasoline engines, and why the United States has always seen diesel cars as

kind of a fringe thing, more quick fixes on the Scotty Kilmer Channel,

so if you never want to miss another one of my new car repair videos, remember

to ring that Bell! 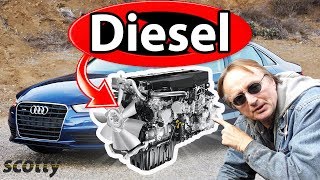 Why Not to Buy a Diesel Car (Diesel vs Gasoline Engine) 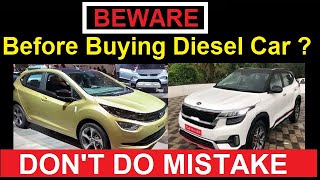 IS IT DEAD END FOR DIESEL CARS IN 2020 ? Reality Explained 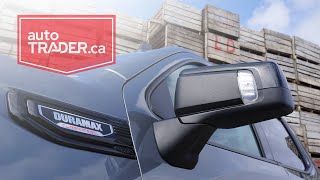 The Pros and Cons of Owning a Diesel Vehicle 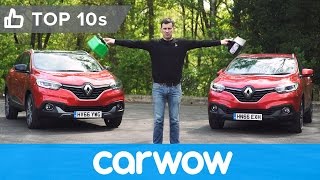 Diesel vs Petrol – what you need to know | Top 10s 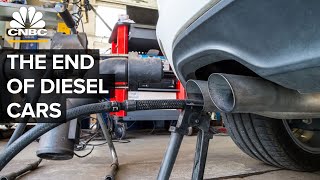 Why Diesel Cars Are Disappearing 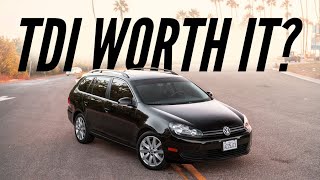 Should You Buy a TDI Diesel VW? | The Best Deal In Used Cars Right Now! 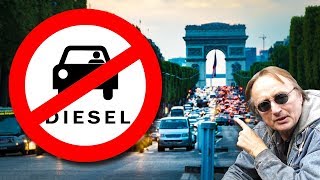 Why Not to Buy a Diesel Engine Car 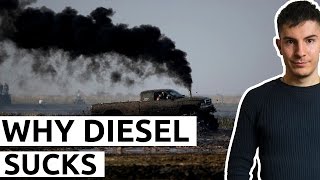 Don't Buy a Diesel Car Until You Watch This! 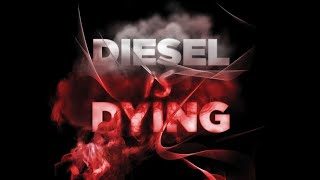 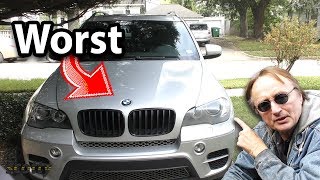