When is it autumn in japan

Autumn in Japan is synonymous with beautiful scenes of orange, yellow and red colored leaves,

Just like the cherry blossom during spring time, the viewing of autumn leaves has been

a popular activity for centuries and today attracts more and more travelers from around the world.

Generally the best time to view the colorful leaves is from mid September to early December.

the south of Japan.

Usually, autumn colors can be seen until early December in the regions of Tokyo and Kyoto.

So to make things a little easier, here are our top 10 autumn color spots in Japan.

all year long but is most attractive during Autumn.

Because of the wide range of elevations in the area, colorful leaves can usually be seen

all throughout the month of October, and the walking trails in the area offer a good opportunity for exploration.

We recommend the nearby Bandai Azuma Skyline for some breathtaking vistas.

Twenty kilometers North of Hakodate on the island of Hokkaido lies Onuma park.

Its island dotted lakes and volcano make it one of the best spots to visit during fall.

There are many options to choose from when exploring the area: you can walk along the

pleasant walking trails, rent a bicycle for the day to cycle around Lake Onuma,

or you can also enjoy viewing the colorful leaves from sightseeing cruises.

Only two hours north of Tokyo, the town of Nikko is famous for its many historic shrines

and temples. And also offers many beautiful autumn color viewing spots, especially in

the view from Mount Hangetsuyama, visiting some of the waterfalls,

the drive along the Irohazaka Winding Road,

and exploring the boardwalks of the Senjogahara Marshland.

numbers of visitors come to see the fall colors, which can sometimes slow down traffic both

on the roads and at popular attractions.

vistas that can be navigated via multiple ways of transportation such as cable-car,

trolley buses and a ropeway.

Due to the range of altitudes of the area, season colors can be enjoyed for a longer

period of time, usually from late September to early November.

From late October to mid November, the region north of Mount Fuji, known as the

Fuji Five Lakes region, offers some of the best opportunities to view the majestic mountain

the eastern shore with its firey red bushes, and the nearby Panarama Dai.

Lake Kawaguchiko also has several popular spots on its north shore such as:

and of course, the Chureito Pagoda.

Mount Fuji framed by fall leaves could be the most iconic picture to take during the trip.

Amongst them, Rikugien is famous for being one of the nicest Japanese landscapes garden in the city.

And its night illuminations during the peak of the season are not to be missed.

shades of orange and red also make for an especially nice viewing spot.

Tokyo’s official tree, the gingko, can be seen in all its glory with entire streets

The most famous one being Icho Namiki (Gingko Avenue) located in the Meiji Jingu Gaien Park.

With the region being far removed from cities, it is home to some of the best rustic onsen

in the country, such as Nyuto, Tamagawa and Goshogake Onsen.

Nothing beats admiring autumn’s colors while soaking in a hot spring bath.

the Oirase Gorge, winding among colorful trees, which make it one of the most beautiful spots

from late October to early November to enjoy autumn in all of its beauty.

The first place in Japan to see the colorful leaves around mid September, Daisetsuzan is

bigger than some of Japan’s smaller prefectures and is Hokkaido’s largest national park.

Spectacular colors can be appreciated while hiking around Mount Asahidake, Ginsendai or

for a longer period of time.

Last but not least, Japan’s ancient capital holds the number one spot in our Top 10 recommended

One of the most popular koyo places in the city is Tofukuji Temple.

People come from all over the world to enjoy the colorful temple complex during autumn,

with one of the main highlights being the Tsutenkyo Bridge which spans a valley of maple trees.

The Arashiyama District also attracts visitors for its autumn colors, with Tenryuji Temple

being ranked first among the city's five great Zen temples, and now registered as a world

During autumn the temple grounds come alive and are a pleasant place to explore as the leaves change.

If you are looking to enjoy autumn’s beauty in a different light, several temples in the

city offer night illuminations, such as Eikando Temple and the legendary Kiyomizudera.

Of course there are many more worthwhile koyo spots around the city such as Shinyodo,

With such a large number of fall color viewing locations, practically anywhere you go in

the city will be nice, making Kyoto our number one spot in the entire country during autumn.

So there you have it, our top ten fall color locations in Japan.

We hope that this video will help you plan your perfect autumn trip.

website including lists of the best autumn color spots depending on the area, and during

the season, frequent reports from around the country.

For more information or to watch another video, click the links on the screen now or

for more videos about Japan. 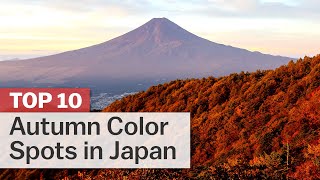 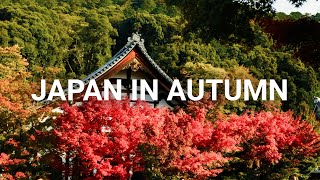 My Autumn trip to Japan - 14 Days in Japan 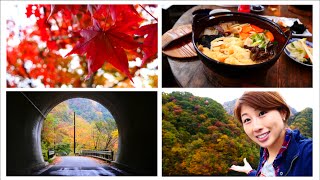 Autumn in Japan! What it's like and what's so great about it :) 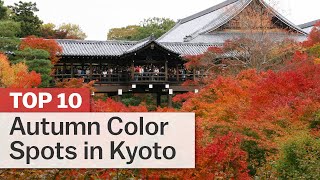 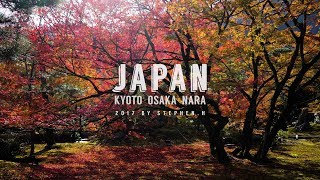 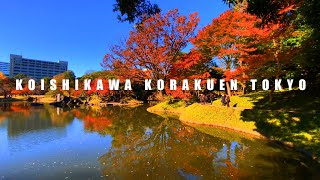 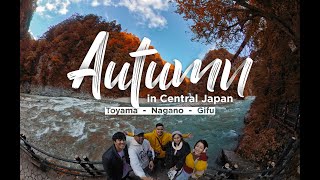 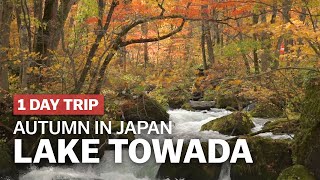 One of the Best Autumn Spots in Japan, Lake Towada | japan-guide.com 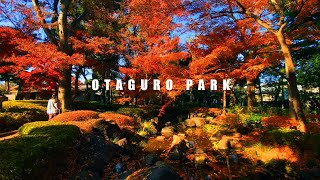 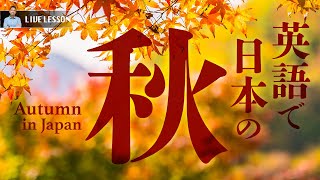 「日本の秋を英語で紹介しよう」Talking about autumn in Japan