When is it proper to use a comma

and conjunctions are involved.

If you can remember a few basic rules,

a simple law of physics,

and some common scenarios,

you will be able to use commas correctly.

of our sentence as characters.

Let's meet a few of them:

and the clever comma.

Conjunctions are small and nimble.

They are words that connect clauses,

You can easily remember the conjunctions

by remembering the acronym FANBOYS.

Because they're so small,

more often than not,

they require the help of a comma

Subordinates, on the other hand,

are the WWE heavyweight champions of sentences.

They are words that connect two unequal things,

what is being prioritized in a sentence.

Because subordinates are all about power,

they can do a lot of heavy lifting by themselves.

But, of course, sometimes even the strongest among us

needs some help from our clever friends.

Because our clever comma is so nice,

she often roams her neighborhood

looking for some community service to do.

Today, as soon as she leaves her house,

she sees a subordinate lifting the weight

one on each arm.

The comma asks the subordinate if he needs help.

Well, we know that subordinates

are the WWE heavyweight champions of sentences.

They can easily hold the weight

of these two complete sentences

because they are distributed evenly on both arms.

So, when the comma asks if it can help,

the subordinate is appalled

at the idea of needing assistance.

No thanks, maybe next time!

So, the comma continues on.

Soon, she seems a couple of subordinates

attempting to lift the weight

of sentences directly in front of themselves.

Even though Bartheleme loves to sing,

he never sings in front of others.

The comma asks the subordinates if they need help.

but this time the subordinates do need help.

Complete sentences weigh quite a bit.

that it's easier to balance heavy objects

if the weight is evenly distributed.

So, while the subordinates are quite capable

when carrying the weight on both sides,

they're having trouble picking just one up.

The comma rushes over

to help the struggling subordinates,

but how will she help?

the comma will place herself

directly after the first thought or complete sentence.

After helping the subordinates,

our comma heroine continues on

and spots a conjunction

Bartheleme was accepted into the University of Chicago,

he is on the waitlist for Stanford University.

The comma asks the conjunction if he needs help.

Of course he does! Hurry!

The comma rushes and places itself before the conjunction.

Fanboys aren't as militant as subordinates.

the commas don't have to fall in line behind the fanboys.

They allow the comma to go ahead of them.

Helping others is hard work!

On her way home,

our comma sees a conjunction holding up the weight

of a complete sentence

and a fragment sentence.

Bartheleme is going to major in molecular biology

The now-exhausted comma asks the conjunction

if he needs help lifting the items.

This is one of the rare occassions

where a conjunction doesn't need the help of a comma.

The conjunction assures the comma

which is good for the comma

all it wants to do is go home and rest up

for another day of vigilant sentence constructing. 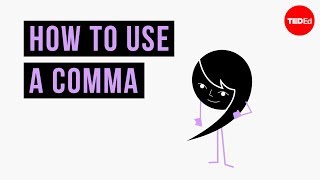 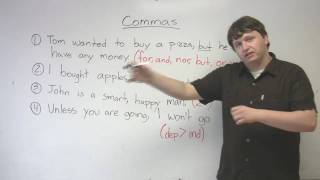 How to Use Commas in English Writing 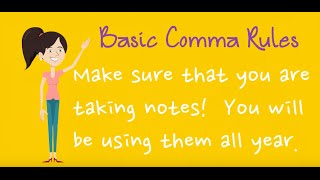 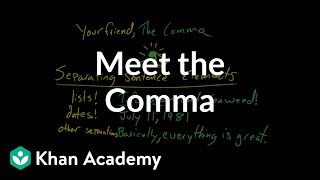 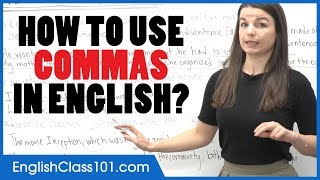 How to Use Commas in English | Punctuation Guide - Learn English Grammar 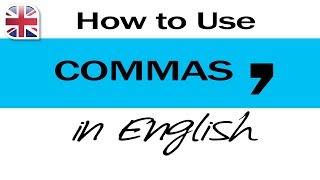 How To Use Commas - English Writing Lesson 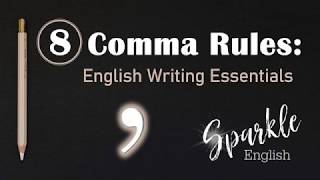 8 Comma Rules | How to Use Commas | English Writing Essentials 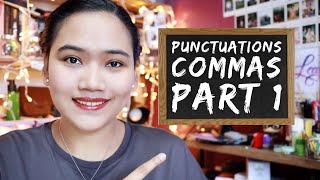 Grammar Girl | When to use a comma 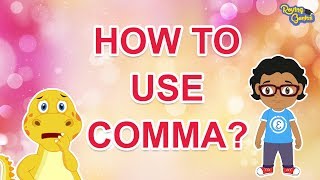