I would guess that you're reasonably

These are the scales that you would typically

see in most of your math classes.

And so just to make sure we know what we're

talking about, and maybe thinking about in a slightly

Let me start with 0.

And what we're going to do is, we're

going to say, look, if I move this distance right over here,

and if I move that distance to the right, that's

that would obviously get you to 10.

If you move that distance to the right again,

And obviously we could keep doing it,

And also, just looking at what we

did here, if we go the other direction.

If we start here, and move that same distance to the left,

So if we move that distance to the left again,

we would get to negative 10.

And if we did it again, we would get to negative 20.

So the general idea is, however many times

we move that distance, we are essentially adding--

are essentially adding that multiple of 10.

And that not only works for whole numbers,

it would work for fractions as well.

we only have to go half this distance.

So if we go half this distance, that

In this case, that would be 5.

If we go to the left, that would get us to negative 5.

And there's nothing-- let me draw that a little bit more

We're just kind of thinking about it

in a slightly novel way that's going to be useful

when we start thinking about logarithmic.

But this is just the number line that you've always known.

If we want to put 1 here, we would

I could label frankly, any number right over here.

Now this was a situation where we add 10 or subtract 10.

But it's completely legitimate to have an alternate way

of thinking of what you do when you move this distance.

And let's think about that.

So let's say I have another line over here.

to be the logarithmic number line.

Let me give ourselves some space.

And let's start this logarithmic number line at 1.

And I'll let you think about, after this video, why

And if you start at 1, and instead of moving that,

so I'm still going to define that same distance.

But instead of saying that that same distance is adding 10

when I move to the right, I'm going

to say when I move the right that

distance on this new number line that I have created,

that is the same thing as multiplying by 10.

And then if I multiply by 10 again,

if I move by that distance again,

I think you can already see the difference that's happening.

And what about moving to the left that distance?

Well we already have kind of said what happens.

Because if we start here, we start at 100

and move to the left of that distance, what happens?

And so if I move that distance to the left again,

And if I move that distance to the left again,

And so the general idea is, is however many times

I move that distance to the right,

I'm multiplying my starting point by 10 that many times.

And so for example, when I move that distance twice,

so this whole distance right over here,

I went that distance twice.

is the same thing as times 10 to the second power.

And so really I'm raising 10 to what I'm multiplying it

times 10 to whatever power, however

many times I'm jumping to the right.

Same thing if I go to the left.

If I go to the left that distance twice--

let me do that in a new color-- this

will be the same thing as dividing by 10 twice.

Or dividing by 10 squared is another way

of thinking about it.

And you can already see why this is valuable.

We can already on this number line

plot a much broader spectrum of things

than we can on this number line.

we even get some nice granularity

Here we don't get the granularity at small scales,

and we also don't get to go to really large numbers.

So we can really cover a much broader spectrum

on this line right over here.

But what's also neat about this is that when

you move a fixed distance, so when

you move fixed distance on this linear number line,

you're adding or subtracting that amount.

So if you move that fixed distance

you're adding 2 to the right.

If you go to the left, you're subtracting 2.

When you do the same thing on a logarithmic number line,

this is true of any logarithmic number line,

you will be scaling by a fixed factor.

And one way to think about what that fixed factor is

is this idea of exponents.

So if you wanted to say, where would 2 sit on this number

Then you would just think to yourself, well,

actually, that might be a better place to start.

If I said, if I didn't already plot it and said where does 100

sit on that number line?

I would say, how many times would we

And that's how many times I need to move this distance.

And so essentially I'll be asking 10 to the what

And then I would get that question mark is equal to 2.

And then I would move that many spaces to plot my 100.

Or another way of stating this exact same thing

And this question mark is clearly equal to 2.

And to figure out where do I plot the 2,

I would do the exact same thing.

And we can get the trusty calculator out,

and we can just say log-- and on most calculators

So what this tells us is we need to move

this fraction of this distance to get to 2.

If we move this whole distance, it's like multiplying times 10

to the first power.

So it's going to be roughly a third of this.

It's going to be roughly-- actually, a little less

to the right-- so 2 is going to sit right over here.

Now what's really cool about it is this distance in general

on this logarithmic number line means multiplying by 2.

And so if you go that same distance again,

If you multiply that same distance again,

you're going to multiply by 4.

And you go that same distance again,

And so if you said where would I plot 5?

Where would I plot 5 on this number line?

Well, there's a couple ways to do it.

is, and figure out where it goes on the number line.

and if I move this distance to the left,

I'm going to be dividing by 2.

So if I move this distance to the left

I will be dividing by 2.

I know it's getting a little bit messy here.

I'll maybe do another video where

we learn how to draw a clean version of this.

And so this right here would be that right over there

Now the next question, you said well where do I plot 3?

Well we could do the exact same thing that we did with 2.

We ask ourselves, what power do we

And to get that, we once again get our calculator out.

So it's almost halfway.

So it's almost going to be half of this distance.

So half of that distance is going

So 3 is going to go right over here.

And you could do the logarithm-- let's see,

So this is 3, and if we go that same distance,

we multiply by 3 again, 9 is going

to be squeezed in right over here.

9 is going to be squeezed in right over there.

And we already know the distance to multiply by 2,

it's this thing right over here.

So you multiply that by 2, you do that same distance,

And if you wanted to figure out where

7 is, once again you could take the log base-- let me do it

right over here-- so you'll take the log of 7

So 7 is just going to be squeezed

in roughly right over there.

And so a couple of neat things you already appreciated.

One, we can fit more on this logarithmic scale.

And, as I did with the video with Vi Hart,

where she talked about how we perceive

many things with logarithmic scales.

So it actually is a good way to even understand

some of human perception.

But the other really cool thing is

when we move a fixed distance on this logarithmic scale,

we're multiplying by a fixed constant.

Now the one kind of strange thing about this,

is that we don't see the numbers lined up

the way we normally see them.

And then you get another big jump.

Because once again, if you want to get to 20,

you just have to multiply by 2.

So this distance again gets us to 20.

If you go this distance over here

that will get you to 30, because you're multiplying by 3.

So this right over here is a times 3 distance.

And then you can plot the whole same thing over here again.

But hopefully this gives you a little bit more intuition

of why logarithmic number lines look the way they do.

Or why logarithmic scale looks the way it does.

And also, it gives you a little bit of appreciation 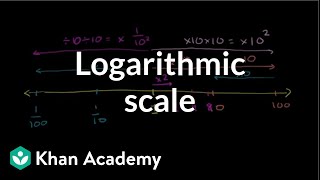 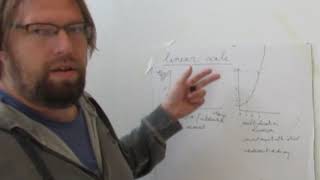 The use of logarithmic scale for pandemic data 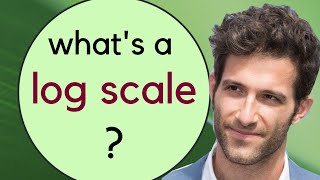 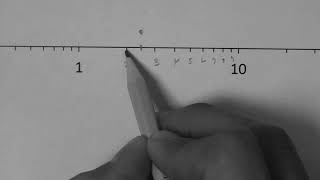 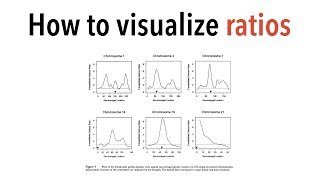 Why you should use logarithmic scale when visualizing ratios 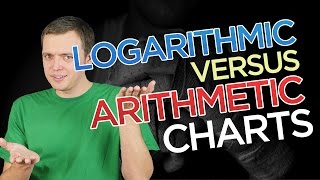 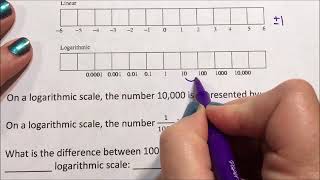 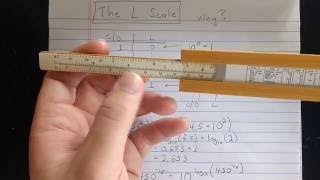 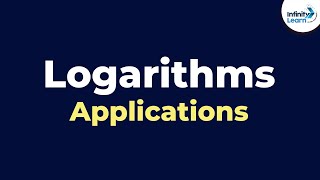 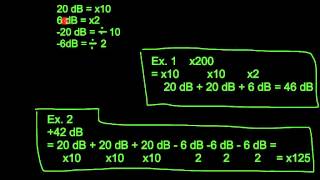